Yesterday, my brother, sister, and I participated in the Miami Half Marathon for the second year in a row. We wanted to run in an attempt to raise money and awareness for Misioneros Del Camino—a cause that is very important to us all. After months of training, the big day had finally arrived! And go figure, it just so happened to be the coldest day of the year here in South Florida (which we were very thankful for).

We woke up at 4:00 in the morning to get some last minute carbs and protein in for breakfast, and made our way over to the American Airlines Arena, where the race was set to begin at 6:00am. When we arrived, we walked over to our assigned corral, and were in the company of 25,000 runners from over 80 countries!

Running throughout South Beach, Downtown Miami, and Brickell was invigorating, and the sights were incredible! What I enjoyed most about the event was the amount of individuals on the sidelines and all throughout the streets who cheered us on. Complete strangers spent their entire morning motivating us to keep on running. It was absolutely beautiful, and it made the event even more memorable. And running alongside thousands of individuals from all over the world, and working together to reach a common goal by pushing one another forward was incredible. After 12 full weeks of training and 173.06 miles completed, we crossed the finish line and were finally ready to rest!

This experience was definitely one to remember, and seeing how many loved ones came together to help support our cause has left me speechless. We were able to raise over $2,700 these past few weeks, which will help provide four children special education and daily therapies for an entire year—all for free at Misioneros Del Camino! Thanks to everyone’s help, we have been able to positively affect the lives of numerous children, and we will be able to help give them hope for a brighter future; one which they deserve! I could not be any more grateful or appreciative, and for that, I thank you all. 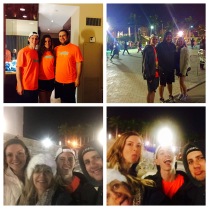 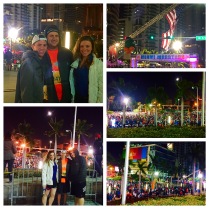 It was September 11th, 2001 and I was in my first grade home-room class at school. For some reason our teacher was moving about frantically as another teacher came into our classroom and whispered something in her ear. We were told that school was going to be let early and that our parents, who were already notified, would be picking us up shortly. When asked what the reason was, we were told it was because of a flood that was about to hit our area.

Just the other day on the radio, they had mentioned that South Florida was experiencing a drought, so a flood didn’t exactly make much sense. But we believed our teacher, and began packing up our pencil cases and school supplies from our cubbies because we didn’t want anything to get destroyed by the flood. My mother picked me up from school shortly after, and explained the true story—there was no flood. Rather, our country had been attacked by terrorists. Upon arriving home, my mother and I turned on the television just as the second tower of the World Trade Center had been hit. We were left in awe.

My father was flying to Washington D.C. that morning and my grandparents were flying to Florida from New York. We hadn’t heard from anyone, and we, as well as the rest of country were left in a state of panic and disbelief. Luckily, my father’s flight ended up being cancelled and grandparents’ flight had an emergency landing, but not everyone was that lucky.

September 11th, 2001 was a tragic day in history for our country, but it was also one that taught us a few valuable lessons. We cannot take our loved ones for granted because we never know what will happen at any given moment. We must show appreciation for those who risk their lives to protect us on a daily basis because these are true heroes that help make our country as great as it is. And furthermore, our country is about as resilient as they come.