Upon waking up in the morning, my sister and I boarded a hop-on/hop-off bus, and set out for Park Güell. Park Güell, located in the northern part of the city is one of the many iconic sites designed by Antoni Gaudí—a significant name in Barcelona. Construction for the park began in 1900 and was completed by 1914. The original goal was to build a housing development on site, so one of the main features here is a beautifully designed house, which was intended to be the first of many.

Unfortunately, the plan did not work out, but Gaudí moved into the house with his family, and the building is currently home to the Casa Museo Gaudí (Gaudí House Museum). Besides the museum, there is a beautiful municipal garden, an exquisite terrace overlooking the city, and an overall sense of serenity throughout the park. It has been said that nature was Gaudí’s greatest source of inspiration, and this is evident since so much of his work revolves around or includes various aspects of nature.

Seeing Park Güell was a wonderful experience because for the remainder of our trip to Barcelona, we would soon come across plenty of Gaudí’s other notable buildings—each unique in its own way. After exploring the park, my sister found a great vegetarian restaurant called Teresa Carles on a side street close to Plaça de Catalunya (the city’s main plaza). The food was delicious, and it was just what we needed before continuing with our tour of the city. 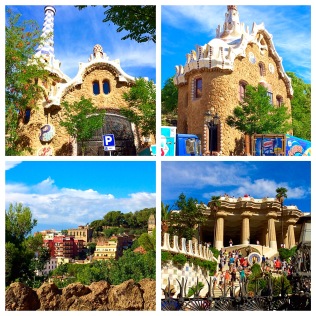