On Monday morning, I was picked up at 9:30am again for another tour with Viator. We started the morning visiting a local market in Villa El Salvador, a district of Lima that is considered to be one of the city’s shanty towns. The tour guide and I picked up some breakfast food, as we were invited by a local community leader to have breakfast at her home.

Once we purchased bread, meat, cheese, and palta (avocado), we made our way further into Villa El Salvador, specifically to Bello Horizonte. Our host had a warm, delicious quinoa drink prepared for us upon our arrival, and we spent the morning discussing local “scary” stories or childhood fables, as well as difficulties that this individual faces when advocating for members of her community and ways to improve her community as a whole.

Viator provides Villa El Salvador with funding that helps support community projects, in addition to completing community service within the town, as well as other towns without sufficient resources. We walked around the district and continued talking about some of the dire needs that the community faces. In some of the pictures below, you will notice yellow stairs that lead to most of the houses within the town. Years ago, locals had to walk up sharp rocks (that often ended up cutting through their shoes) in order to get to their houses, as their were no stairs or set paths.

Many women fell on their way up the rocks, and sadly enough, many of these women were pregnant and ended up losing their babies. When a local political candidate stopped by the town a few years ago, he asked what the locals needed most. They responded by saying a better way to get to their homes. Once elected, the official made sure that stairs (known as the famous “yellow stairs”) were provided throughout the town. While the situation has improved significantly from what it once was, there are still areas in the town without stairs, leaving many locals continuing to walk up dangerous, sharp rocks. The town continues to have needs that are not being met, especially ever since the devastating huayco ( mflood) hit Peru in March, which has left many other cities in need of government resources as well.

After the tour concluded, I stopped by Parque Kennedy in Miraflores, a beautiful park named in honor of President John F. Kennedy. From there, I walked over to El Mercado Indios, a local artisan market. Keeping in mind my flight tonight was scheduled to leave at midnight, I had plenty of time to make my way through the city. Following El Mercado Indios, I took a tour of Huaca Pucllana—impressive ancient ruins from the Wari culture, which was built around 500 A.D.

After the tour, I returned to Barrancos to take in the artistic sites, and then returned to my hotel, where I enjoyed dinner before finally making my way over to the airport for my (delayed) flight. Touring the different districts of Lima these past few days was truly enjoyable, especially since each district offers something unique and exciting. However, regardless of where you go, the locals continue to remain humble, kind, warm, and extremely welcoming, which is always incredible to experience.

As I get ready to make my way to the airport now (even though by the time I publish this, it will likely be a few days from now), my experience in Peru is one that I will definitely cherish for years to come. But over the next few days, I’ll be sure to write about my “closing remarks” and highlights of the trip. So for now, it’s not goodbye. It’s more of I need to make my flight, so I’ll pick back up with where I left off tomorrow. 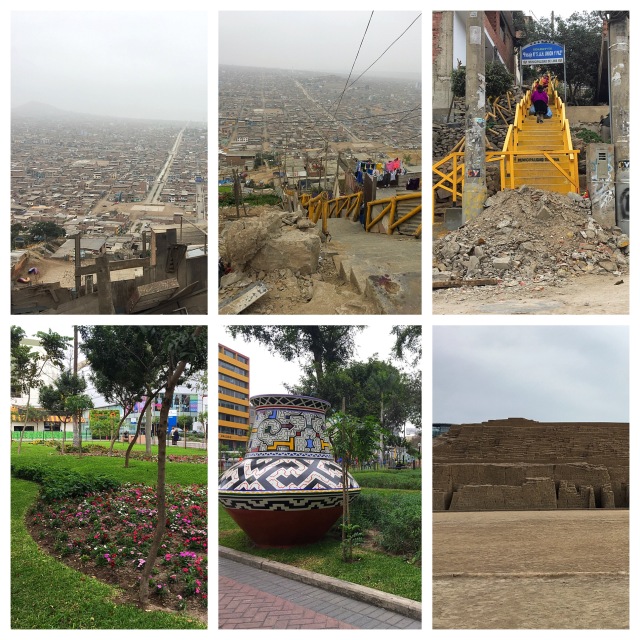