Seeing as my flight from Fort Lauderdale was delayed (I feel like you can no longer have expectations when using any type of transportation these days), I arrived in Lima, Peru shortly after midnight. By the way, if anyone is actually out there reading this, this post is a day behind- so as to live in the moment. (I figured writing that would be a good, understandable excuse. And if not, stop by tomorrow to see what I’m doing today.)

I was able to spend the morning with family friends from the city, as we shared breakfast together in Moraflores, overlooking a beautiful city and ocean view (top left photo). Since it is wintertime in Peru, the sun doesn’t shine as often in Lima, which explains the cold, overcast weather.

My flight to Trujillo was scheduled for the early afternoon, so shortly after breakfast, I had to head over to the airport to make it to my final destination. The owner of the house we are staying in picked me and the other students up from the airport, and drove us to Huanchaco, which was a 15 minute drive, at most.

We took a quick tour of the city, which is known to be a fisherman city with great seafood. (I’ll keep you posted about that). While the size of the city is small, it is seemingly filled with life, as you can hear Celia Cruz, Marc Anthony, and many other classics playing from inside the restaurants by the water. At a time like this, I’d say it’s fitting to hear the words, “La vida es un carnaval.”

The other students (from across the country) and I had dinner at a restaurant called “My Friend,” which offers a variety of Peruvian dishes, as well as hamburgers and pizza for visiting Gringos. I ordered pollo a la plancha con arroz y papas (grilled chicken with rice and French fries) for only 16 soles (around five dollars). The cost for food in the area is pretty inexpensive, so here’s hoping I eat well before any Amazon/Whole Food buyouts and mergers make their way over here.

Tomorrow starts our first class with a local psychologist in Trujillo- Psicología en Peru. Until then, hasta pronto! 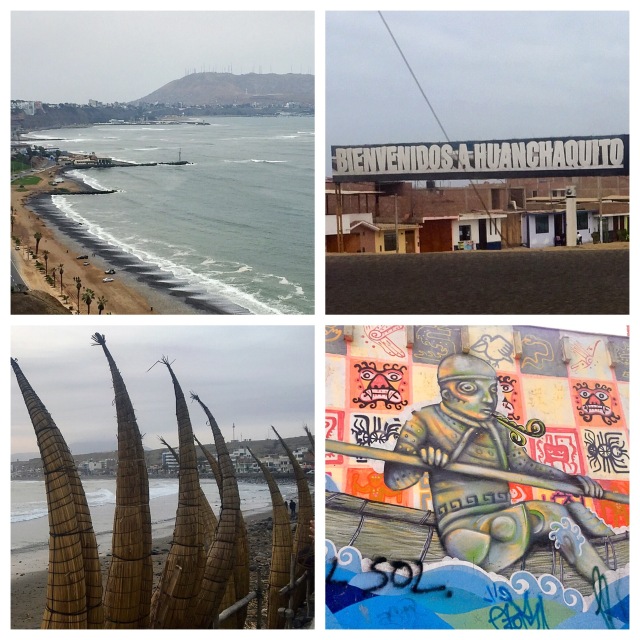